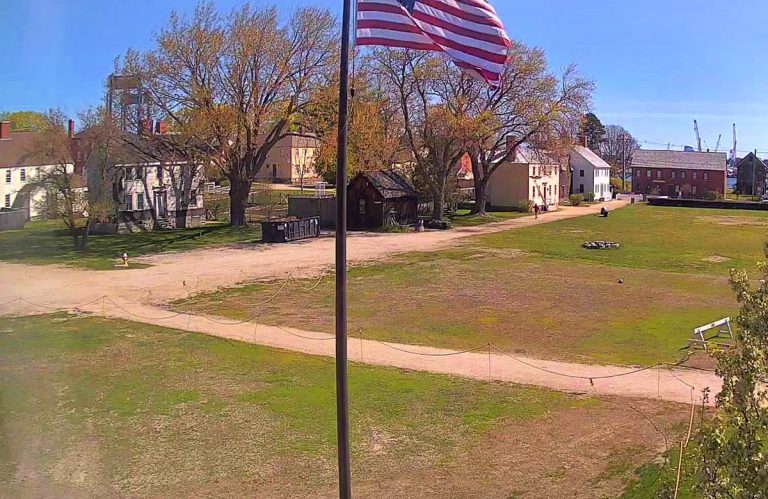 In 1653 Strawbery Banke was renamed Portsmouth. Strawberry Banke, also known as the Puddle Dock later readopted it’s historical name and has been preserved as an outdoor museum since 1965. The buildings, land and people do a great job of keeping the history alive. Some of the buildings are used as shops for artisans that provide traditional products and services from it’s early history. Ten of the houses in the outdoor museum are used to show how homes were furnished during it’s time period and are open to the public. Tours are also given by the staff who are also in traditional clothing, giving this old little neighborhood the feel that you have stepped back 300+ years. You will certainly leave this historic site with a  new appreciation for our early NH settlers.

Strawbery Banke is normally open from May 1 – October 31. There are special groups rates available if you’re interested in bringing a group of people or for a school field trip. Strawbery Banke Museum can also provide space for corporate events, weddings and wedding receptions. Contact Strawbery Banke for more info at 603-433-1100 | Website.