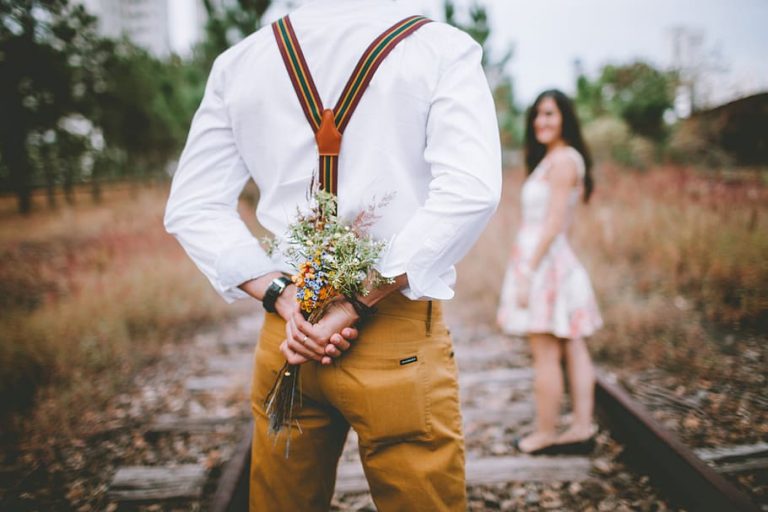 Trying to find a place to propose to your girlfriend, or boyfriend in New Hampshire? If you found yourself here you obviously love her/him very much, you care about the details and want to make this once in a lifetime marriage proposal very special. 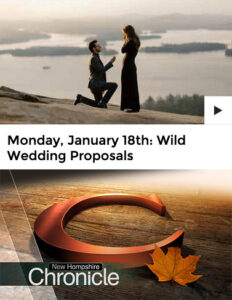 pop the question. Maybe you thought of the obvious, a baseball game, the NASCAR races at NHMS, a NH Restaurant, at a NH Event, or maybe even at a NH Waterfall. But are these marriage proposal choices right? Should you propose marriage in public or in private? If you popped the question in public, what if she/he says no? What if they feel like they have to say yes just because you’re in public? Is your head ready to explode already? OK, calm down and breathe… deeply….

With all these choices in New Hampshire to propose marriage what do you do? Let’s take a look at the facts. Think about her or him. Has she/he been dropping hints? If yes, you are probably free to do it where you think would be special. Also, you would probably be fine proposing in public as long as your girlfriend/boyfriend isn’t too shy. Keep one thing in mind, 25 years from now when you are sitting around talking about where you popped the question, do you want that place to still be there? Maybe you want to go there for your anniversary? If it’s at a restaurant, what if they’re no longer there, maybe the building was torn down. These are possibilities that you must consider. Don’t rule out a restaurant or other public building as sometimes the memory of proposing marriage in these places stand on their own as a great memory. Just be sure you consider it.

If you want to propose marriage in a restaurant, you can call them ahead of time and see if there is anything they can do to make it extra special. Maybe have the waiter or waitress bring the ring with dinner or drinks. Just be sure your girlfriend/boyfriend doesn’t swallow the ring. 🙂

Proposing marriage at a permanent place, like a NH Waterfall or other romantic location has it’s advantages and disadvantages as well. Poor weather at an outdoor location can cause a minor problem, but it could also make it more special and memorable. Getting caught in the rain like Noah and Allie while in the rowboat in the Nicholas Sparks Movie “The Notebook” was a romantic moment for the couple. Keep your mind open in case something unexpected happens no matter where you propose.

Rent a sign; Many businesses would do it for a small fee or maybe you know someone who would do that for you.

Make a sign or several signs proposing marriage and put them up along her/his way to or from work.

Propose on a crosswalk on a busy street (during the walk signal and only if it’s safe of course).

Propose on the MS Mount Washington Cruise Ship, call ahead as they are very accommodating. They also offer wedding receptions onboard.

Propose at Canobie Lake Park, maybe on a roller coaster.

Propose on the Isles of Shoals

On a Whale Watch

Propose on Mt. Washington – You can propose at the summit, at the Observatory, along the Mt. Washington Auto Road, along one of the hiking trails on Mt Washington, or even on the Cog Railroad.

Or, instead of being all fancy about it, what about something a little more intimate, like while laying on the beach, or while going for a walk. Maybe just try to find a quiet place.

Wherever you choose to propose marriage in NH, just be sure to make it special, if she/he loves you as much as you love them, it won’t matter where you proposed or how big the diamond engagement ring is. Love is more important than the size of the diamond, or the location you proposed.

Just make it memorable… Now go clear your browser history so you don’t ruin the surprise!