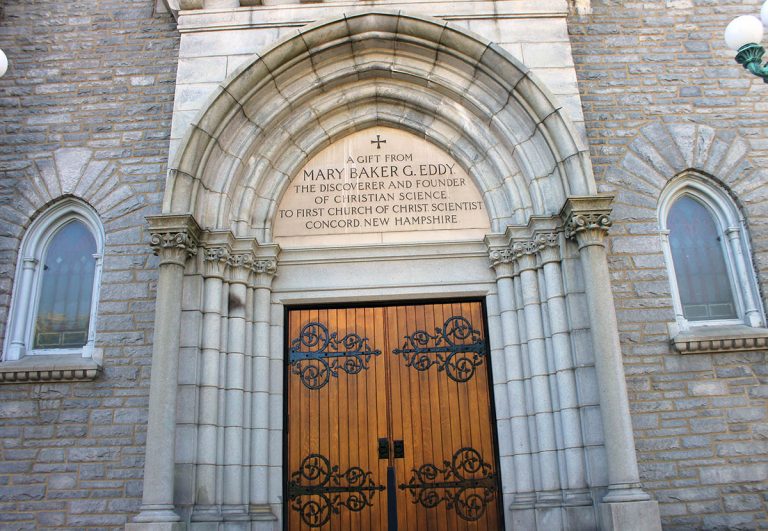 Concord, the capitol of the state of New Hampshire is rich in history dating back to the early 1700’s. Main Street in Concord was created in 1726. It is about this time that Concord’s history as an economic center of New Hampshire began to take shape and New Hampshire’s economic base was formed. Below, we have outlined some of the historical places in Concord NH:

The NH State House Annex was built in the late 1930’s to accommodate the rapidly growing size of the NH state government.

The Norris Bakery building at 16-18 S. Main St. was used from the 1860’s until the 1920’s. The bakery was believed to be among the largest bakeries in the state of New Hampshire. Norris Bakery delivered bread to the military camps by horse and wagon. The bakery was later turned into a movie theater in the 1930’s and it remained a theater until 1994.

Sears Roebuck was located at 19 S. Main St in Concord and claimed to be the largest department store in the state of New Hampshire.

The First Church of Christ, Scientist is located on the corner of North State St and School St in Concord NH. The church is currently the tallest building in Concord. It’s 165 foot steeple towers over the city of Concord. The building is built from granite from a nearby granite quarry in Concord. This church was founded by the famous Mary Baker Eddy who donated $100,000.00 towards to the construction of the church.

The South Congregational Church is located at 27 Pleasant St in Concord, NH. The church was designed by the minister’s brother (Charles Parker). The cross on the steeple of the church was the focus of controversy for many years as it was seen as a symbol of the Roman Catholic faith.

The Sacred Heart Church is located at 52 Pleasant St in Concord, NH. The house next to the church at 54 Pleasant St was purchased to be used as the church’s rectory.