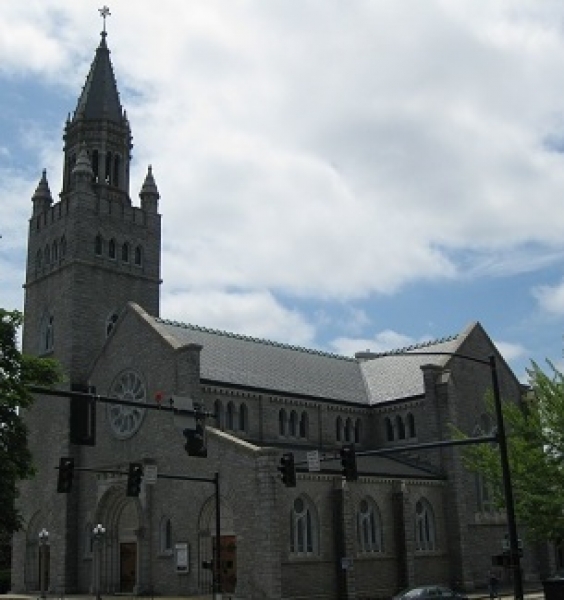 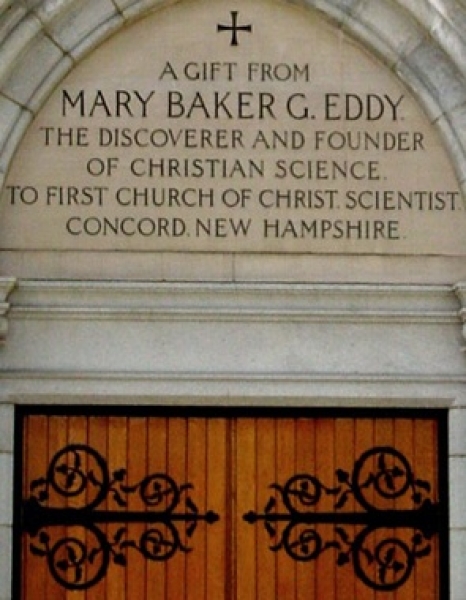 Mary Baker Eddy was born Mary Morse Baker on a farm in Bow, NH on 07/16/1821. Mary was the youngest of six children. Her parents, Mark and Abigail Baker, were very religious and instilled religion on their children.  Mary was always a devoted Bible reader.

The Baker family moved to Sanbornton NH in a part of the town that was since divided and the divided part was named Tilton. when Mary was 14 years of age. Mary was not well as she suffered from poor health so she was often home schooled by her older brother, Albert, who graduated from Dartmouth College.

At the age of 22, Mary Baker Eddy married George Washington Glover who had a construction business in South Carolina. She left her family to be with her husband in South Carolina. Mary soon found herself homeless and broke when George passed away from yellow fever 6 months after they were married. She moved back to the family home in NH and soon discovered she was pregnant with her 1st child. George Glover Jr. was born on 09/12/1844.

During the years to follow, Mary’s health became worse as she struggled to get through each day. The Baker family had some friends of theirs from a neighboring town watch after baby George.

Mary Baker Eddy married Daniel Patterson in 1853 on the condition that he was to provide a home for little George. Her son was still being cared for by Mahala and Russell Cheney. One day, the Cheney family decided to move west and they took little George with then. Little did Mary know that it would be another 20 years before she was see her son again.

Daniel purchased part ownership of a saw mill that was on their property to support his bed ridden wife but by 1860, the saw mill and their home were foreclosed on so they rented a home in Rumney.

A year or two later, the Patterson’s found themselves in the heart of Swampscott, Mass. which was the center of a shoe manufacturing company.

During the 1840’s through the 1860’s, Mary searched desperately for answers to her recovery. She tried everything from homeopathy to hydropathy. She even saw several people who called themselves healers. But nothing she did seemed to improve her health at all.  She tried being treated by Phineas P. Quimby of Maine who used religion as a part of his healing. But she found out that her health only improved she a short period of time.

In February of 1866, Mary received serious internal injuries when she fell on an icy sidewalk near her home. The next day, her doctor brought her home on a sleigh and carried her up to her second floor apartment where he placed her on a cot near the stove in the kitchen so she could get some heat. The doctor informed her close friends that she will probably not recover. Her husband was away at the time and a telegraph was sent for him to return home right away. Her minister was even called in.  But after three days, there were no signs of improvement in her health.

A few days later, Mary was inspired by an account of one of Jesus’s healings. Mary had a spiritual encounter and was able to get up from her cot and walk across the room with no help.  Her friends were shocked at what they were seeing. During the next few months, Mary’s health improved.

A few months later her husband, Daniel, deserted leaving her alone. She would remain unmarried for the next 10 years after being left by Daniel; she resorted back to her 1st husband’s name, Glover. She would move from rented room to rented room during tough times but she never gave up the spiritual power of healing.

By this time, Mary Baker Eddy was at the age of 45, alone and frail.  But despite her downfalls, Mary spent the next several years healing people with the power of prayer. Some of the people she healed were a child she met on the beach who was crippled at birth, a woman who had a dislocated hip, cancer patients and deaf patients. There are just a few of the people whose lives were touched by Mary and her prayers.

Mary started to search for the link between her healings and the spiritual laws of God. She began writing hundreds of pages of notes on her thinking and findings. These pages would later be turned into classrooms courses, sermons and published works.

I named it Christian, because it is compassionate, helpful, and spiritual. God I called Immortal Mind. That which sins, suffers, and dies, I named Mortal Mind. The physical senses, or sensuous nature, I called Error and Shadow. Soul I denominated Substance, because Soul alone is truly substantial. God I characterized as Individual Entity, but His corporeality I denied. The real I claimed as Eternal; and its antipodes, or the temporal, I described as unreal. Spirit I called the Reality; and matter, the Unreality.

Healing physical sickness is … only the bugle-call to thought and action, in the higher range of infinite goodness. The emphatic purpose of Christian Science is the healing of sin; and this task, sometimes, may be harder than the cure of disease; because, while mortals love to sin, they do not love to be sick.

Around the time of the publication of her 1st book, Mary purchased a home in Lynn, Mass. She resumed her teaching classes in the living room of her home.  She had students who would become some of her best workers. One of them was Asa Gilbert Eddy. Asa opened an office and became the first person to advertise as a Christian Scientist.

Mary Baker Eddy married Asa a year later. He was a great support to her and her teachings. He researched copyrighting laws to protect her work and eventually he became her publisher. The couple moved to Boston, but shortly after the move Mary found herself alone once again when Asa passed away

In the late 1870’s and 1880’s, Mary became a well known public speaker and was highly sought after. She started her speeches in small living rooms with just a few people and it expanded to large halls with thousands of people.

She opened her charted college named Massachusetts Metaphysical College. She had classrooms full of students and eventually had teachers go overseas to teach to others. She closed the school in 1889 because she wanted to pursue her dream of opening a church. That dream came true in 1894 when she held her first service at The Mother Church in Boston.

Eight years later, Mary had to expand her church to accommodate all the people attending her services on Sunday.

Mary Baker Eddy passed away on December 03, 1910 and her legacy still lives on today.