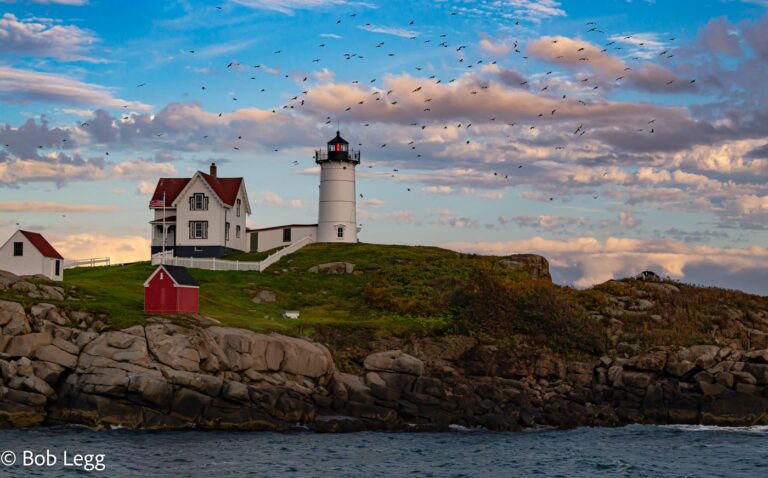 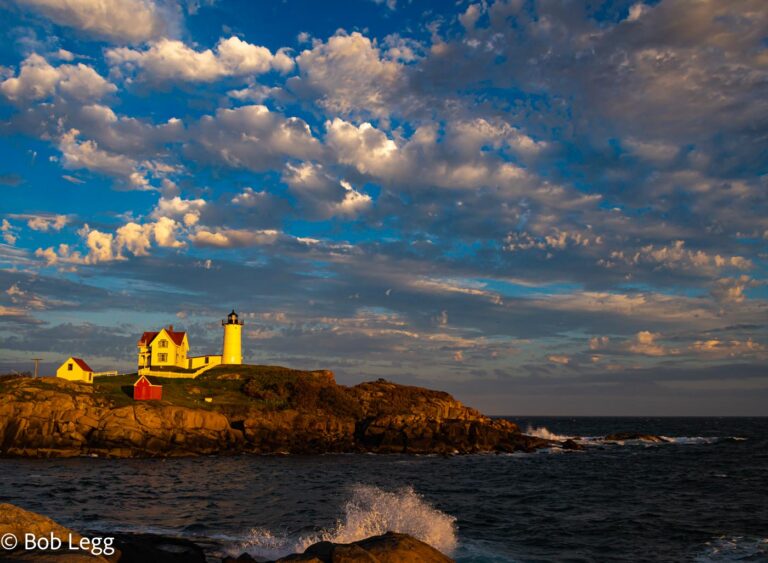 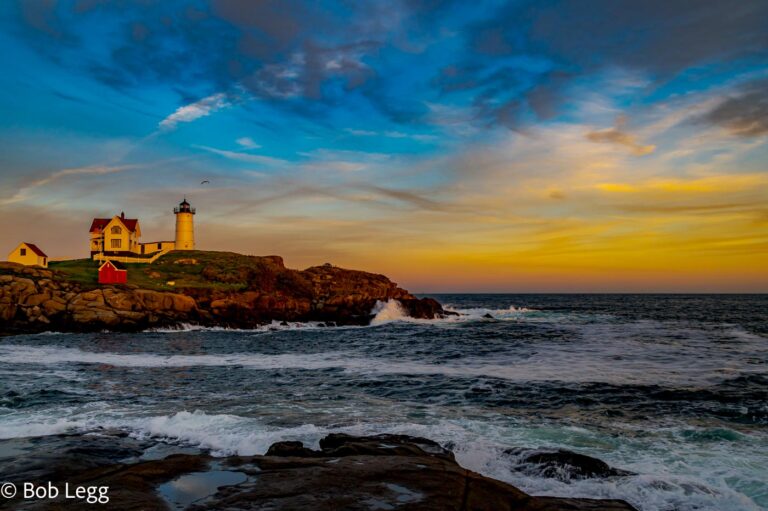 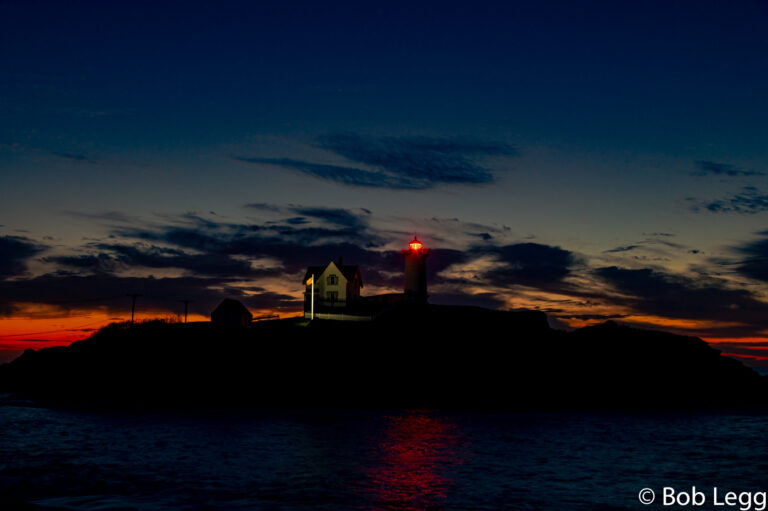 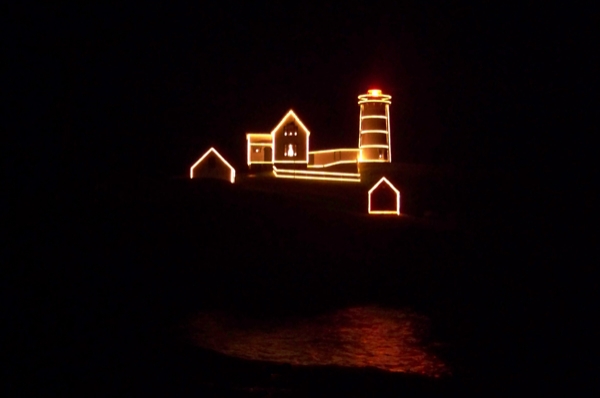 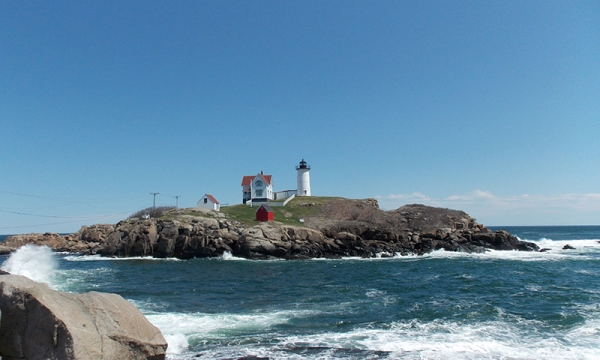 The Main House:
The main house is a two story, six room structure consisting of a dining room., kitchen, pantry, living room, laundry room, three bedrooms, and a single bathroom. The house is built in the shape of a cross and is positioned so the roof points indicate north, south, east and west to assist the lighthouse keeper in times where direction was important.

The Boat House:
On the north side of the main house within 50 feet of the water sits the boat house of the Nubble Lighthouse property. There are two rails that lead from the boat house to the low tide water mark. Between the boat house and main house there is a long flight of stairs and wooden ramp.

The Nubble Lighthouse also has a very interesting item on the island. There is a basket which is attached to a cable that extends from the mainland of Cape Neddick Maine, to the Nubble Lighthouse island. The trolley system consists of a good sized wooden box that is suspended on a thick metal cable which runs form the island to the mainland. The trolley system was used by the Keepers to transport groceries and supplies over the water for the lighthouse keepers. See “Interesting Facts” below for another version of the use of the trolley / cable car.

The Work Shop:
The Work Shop is a small white building next to the generator house where tools and equipment are stored.

Weddings at The Nubble Light House

David K. Winchester, a Nubble Light keeper in the 1960s, used the the basket to transport his son to school on the mainland, sending him over the swirling waters below, until the unique technique was publicized in the Boston Globe. Because of the newspaper piece, crowds started to show for the twice-daily event. The U.S. Coast Guard, thinking it was not in the best interest of the child to be 50 feet above the crashing waters, put an end to it.

The Nubble Lighthouse is the most photographed lighthouse in America.

Twice each year the lighthouse is adorned with white lights, outlining the

houses and tower. The first event is known as “Christmas in July” and the second is the Annual Lighting of the Nubble and both events are held at Sohier Park. The Annual Lighting of the Nubble is always held the first Saturday after Thanksgiving, This is a fun family evening with a variety of entertainment. The lighthouse remains lit after dark through the holiday season.

Want to see more scenic photos of the Nubble Lighthouse in York Beach Maine and other Maine related scenery?

Be sure to check Maine Traffic Cams before you go to Maine as the traffic can become busy on weekends and holidays!