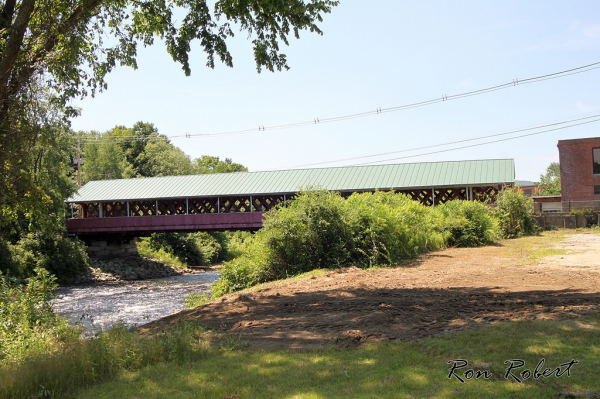 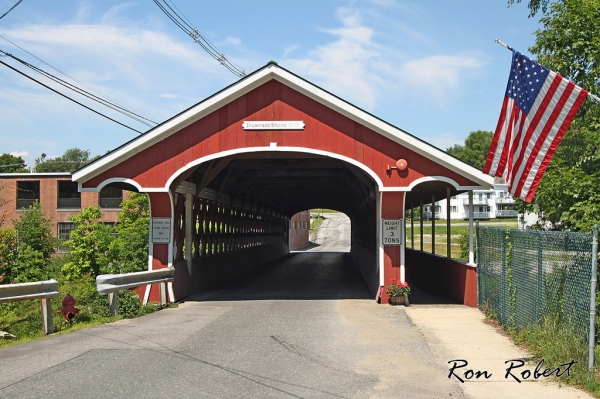 Thompson Covered Bridge is located on Main St in West Swanzey, New Hampshire and crosses the Ashuelot River in the center of the town of West Swanzey, NH.

Thompson Covered Bridge in West Swanzey NH was built in 1832 and is listed in the World Guide of Covered Bridges (WGCB), number 29-03-04, and is New Hampshire covered bridge #5.

My how times have changed…

In the early 1970’s school children had to get off the bus when the bus approached the Thompson Covered Bridge because of it’s load limit. After the bus crosses, the children walked over the bridge and got back on the bus.