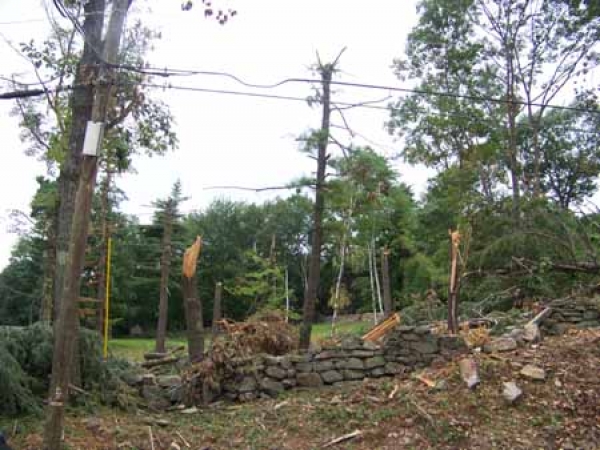 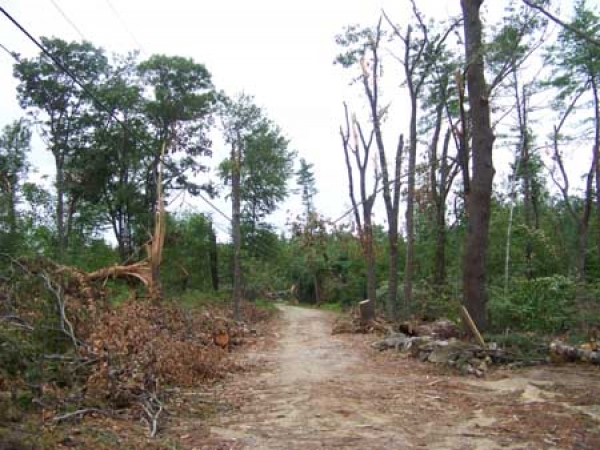 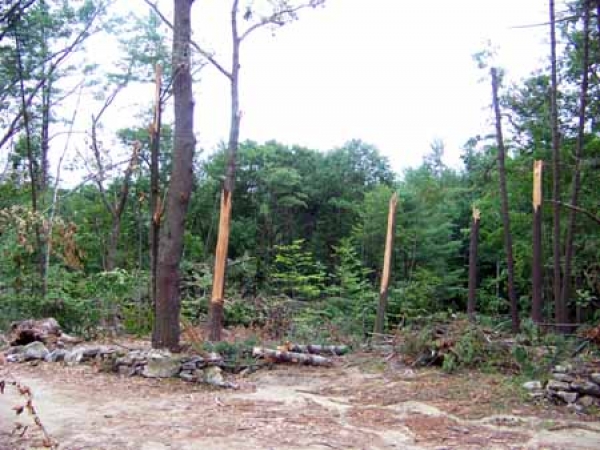 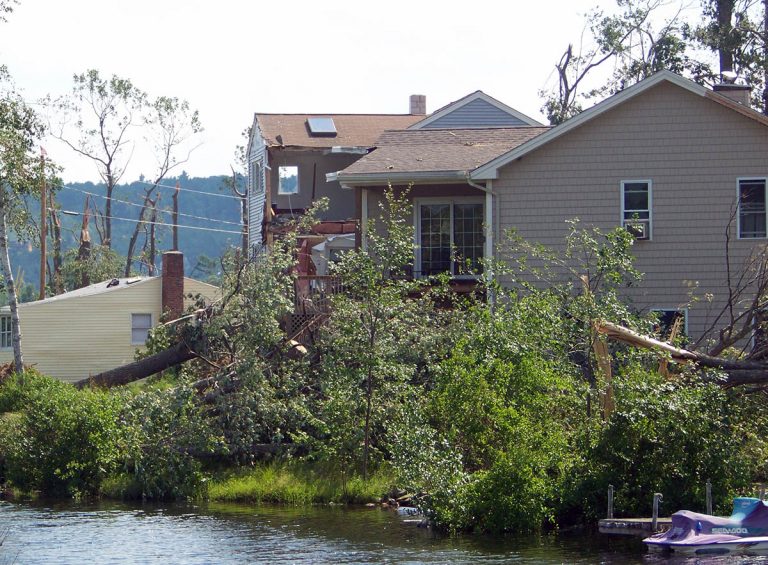 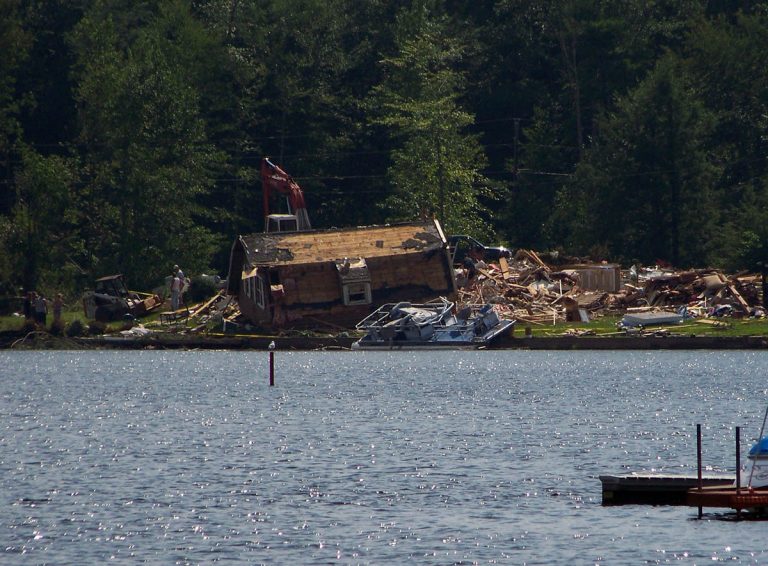 A tornado in New Hampshire? Yes! An EF2 tornado in Deerfield, NH and tore through the area of Northwood Lake on July 24, 2008 which unfortunately killed a 57 year old woman there in one of the 7 building collapses that occurred. The Tornado also went through Epsom, NH. It then went through Northwood NH, Pittsfield, NH, Barnstead, NH, Alton, NH, New Durham, NH, Wolfeboro NH, Freedom NH, Effingham NH and Ossipee NH. Over 200 homes were damaged and over a dozen people injured altogether. The tornado carved a path of destruction 50 miles long. The national average is only 5 miles long.

The NH tornado was 1/3 mile wide in some areas and traveled at 45 mph, also above the national average of 35 mph. These above average factors will be studied by experts for many years as a result.

The devastation of this tornado in New Hampshire is still visible in some places but now many trees have regrown and homes rebuilt in the path of the 2008 tornado.

The photos and videos below are only a small sample of the damage that was caused by the EF2 Tornado in Pittsfield NH. The video was taken near the Northwood, Barnstead, Pittsfield lines on Tilton Hill Road in Pittsfield NH.