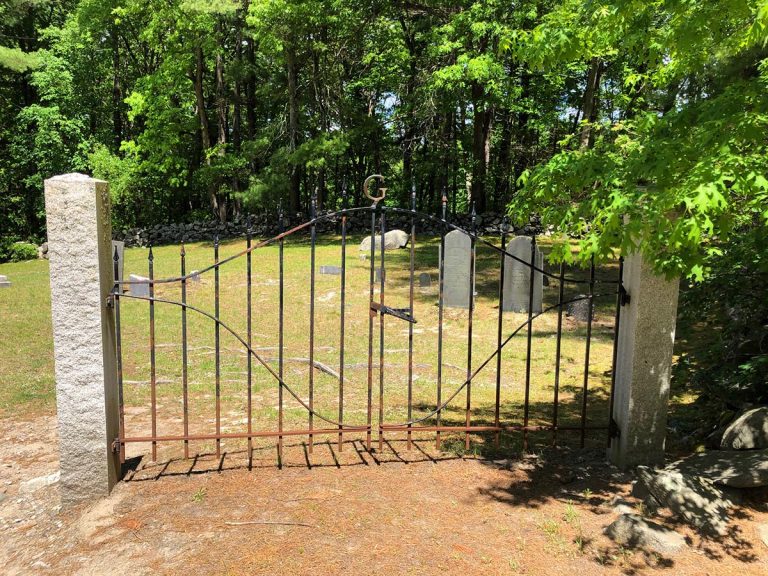 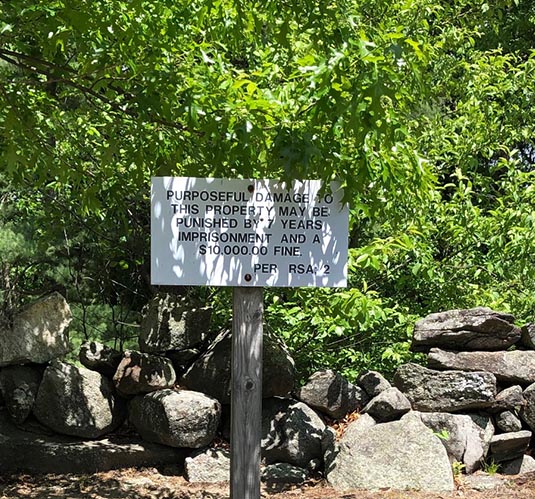 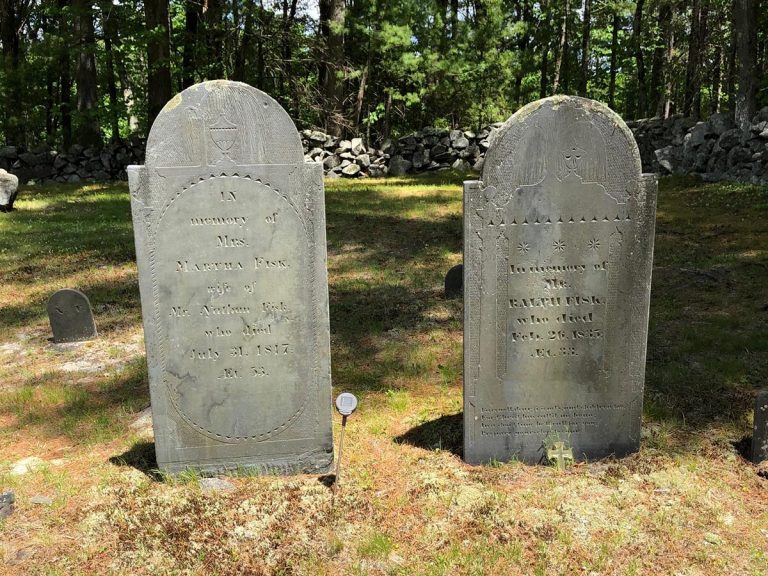 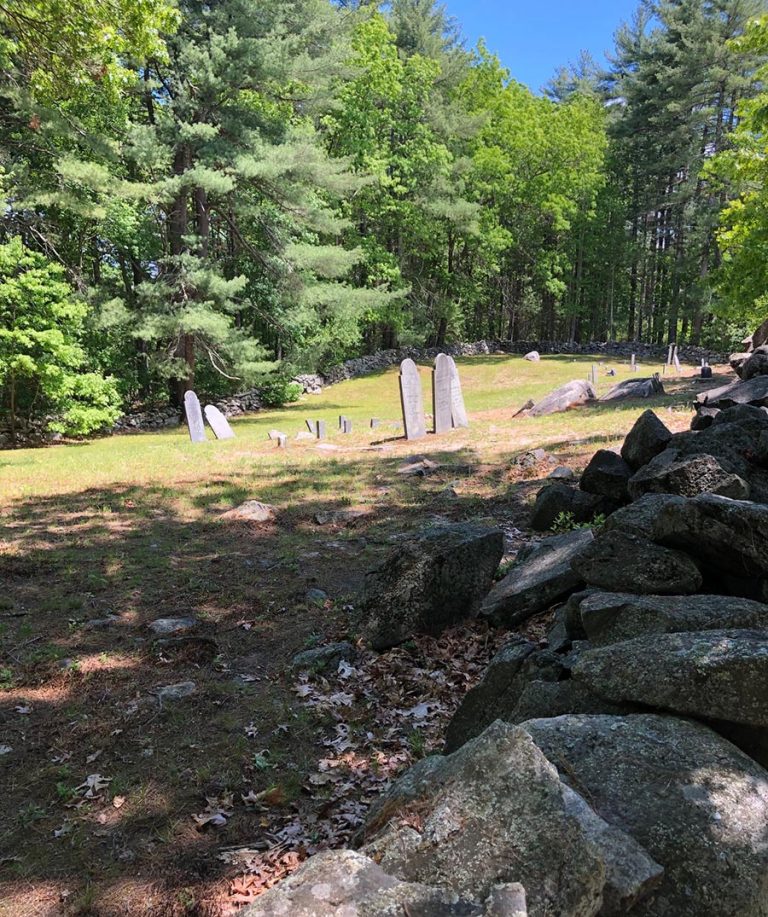 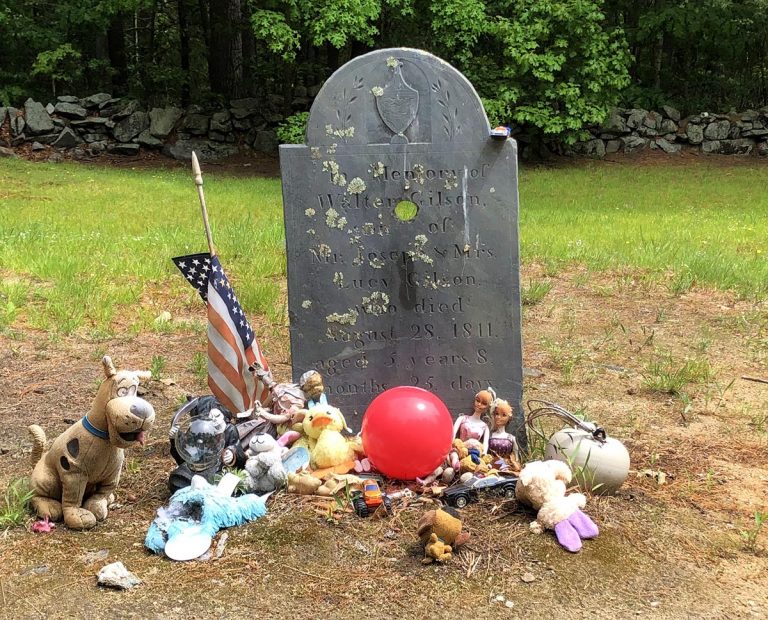 Gravestone with a hole in it 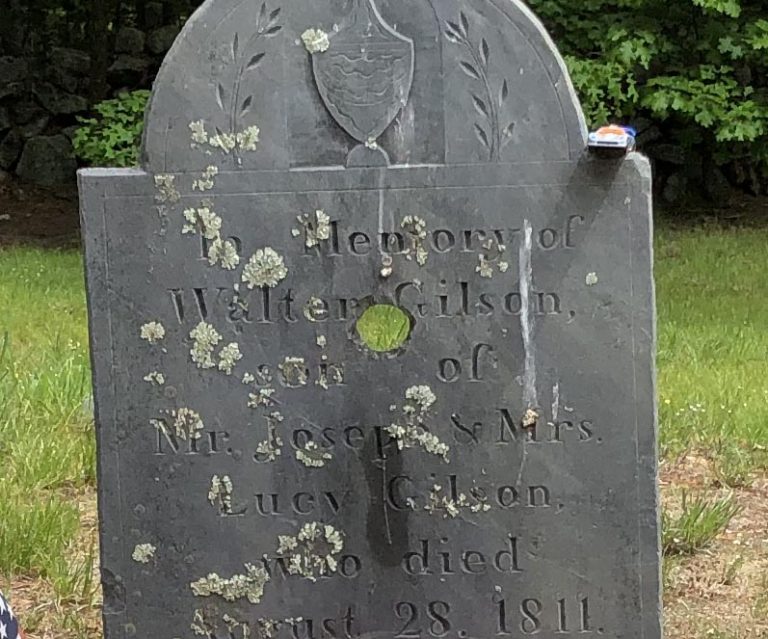 Close up of the hole int the grave marker

Gilson Road Cemetery, Nashua NH – The rumors: Everything from glowing lights near the cemetery, a woman wearing a white dress in the cemetery and on Gilson Rd, a baby wandering around, screaming noises, EMF spikes, ghostly images, strange fog that rolls in out of nowhere, people being pushed, you name it.

One fact we do know is there is a child’s grave with a perfectly round hole in it that clearly happened after the stone was engraved. Looking at the engraving, it is perfectly done, not something that could have been done with that hole in it. The text on the stone reads:

Some sources claim the hole is nothing more than a PhotoShop trick, it is definitely NOT that! We were there ourselves, the hole is 100% real.

Some say it was due to a lack of money so the stone must have had a hole in it prior to the engraving, also not true! Just look at the hole and the engraving surrounding it.

The hole in the gravestone has its own set of rumors, from a portal to the after world, a bullet hole, a clue of some kind in an old puzzle to find some sort of treasure at another location (unknown location). We are not sure what the real cause of the hole is but it is definitely very weird.

The cemetery has gotten some notoriety as being one of the most haunted cemeteries in the US.

An extremely credible source who doesn’t want to be identified told me he saw a man dressed in old 1800’s clothes sitting on the stone wall staring at him as he drove by. When he stopped about 300 feet down the road and turned around, the man was gone. He had no explanation for the sighting of this man but said this:

“it was one of the scariest things I ever saw. I was just driving by not thinking about anything, just listening to the radio, something just caught my eye so I looked over at the cemetery and there he was. There was no way the man could have walked, or even ran that fast to not be seen by the time I drove back. Paranormal is not something I believe in but I have to be honest, this really freaked me out and I will never forget it!”

We visited Gilson Rd Cemetery a few times and can’t say we saw anything that really proves the cemetery is haunted, but there was an incredible amount of fog in the immediate area as rumored and it did feel like we were not wanted there, but that may be due to the cemetery’s just plain eerie feeling.

On one of our late 1980’s trips there were decided to bring a Ouija board, big mistake! Not because something happened but because it opened our senses to everything, and creeped us out to the point we had to leave.

At the very least, Gilson Rd Cemetery is definitely creepy!

As you can see by the photo of the grave marker with a hole in it, people have left gifts for some of the young children buried here. Please be respectful as other have been, who knows… that might be the key to see what you’re going to Gilson Road Cemetery for!
As always, also be aware of the local rules and laws before entering any cemetery.

Gravestone with a hole in it

Close up of the hole int the grave marker