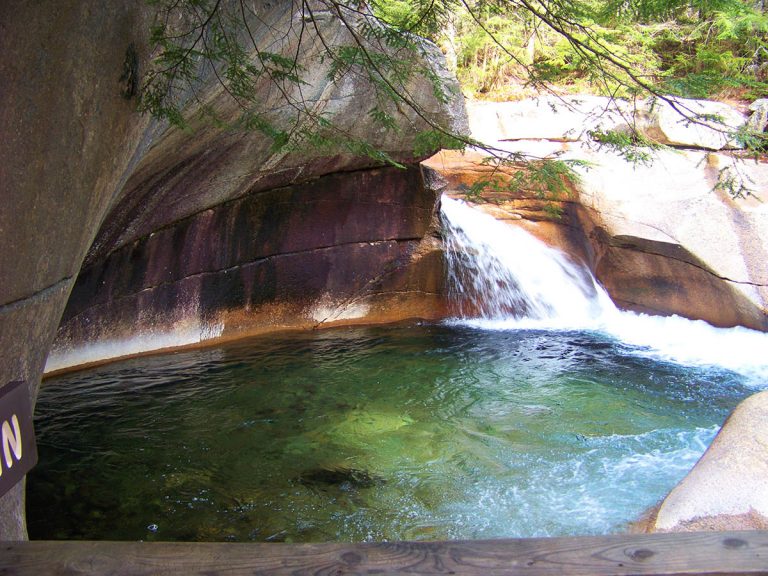 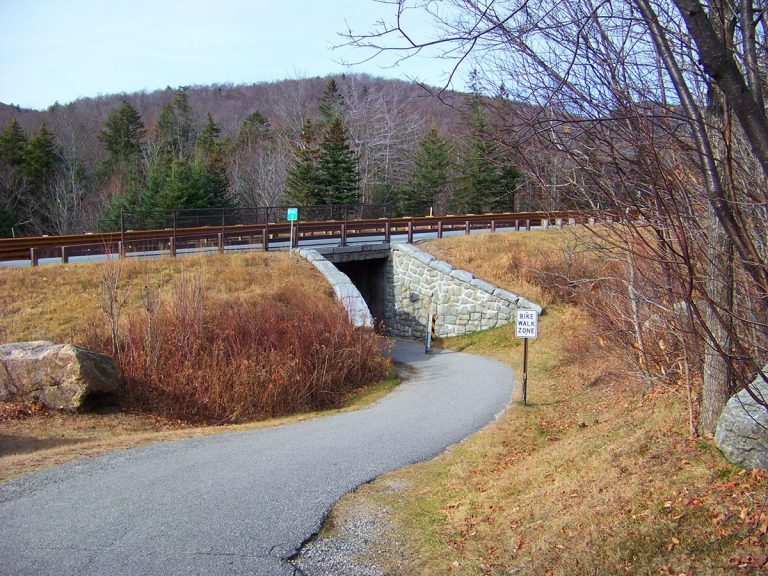 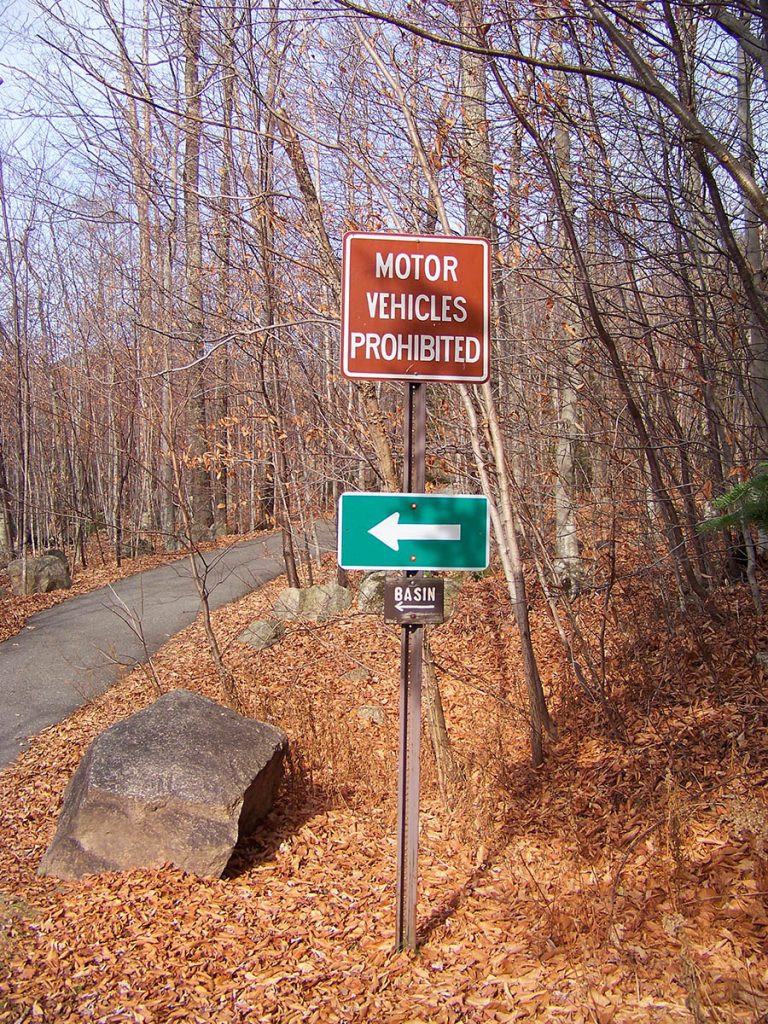 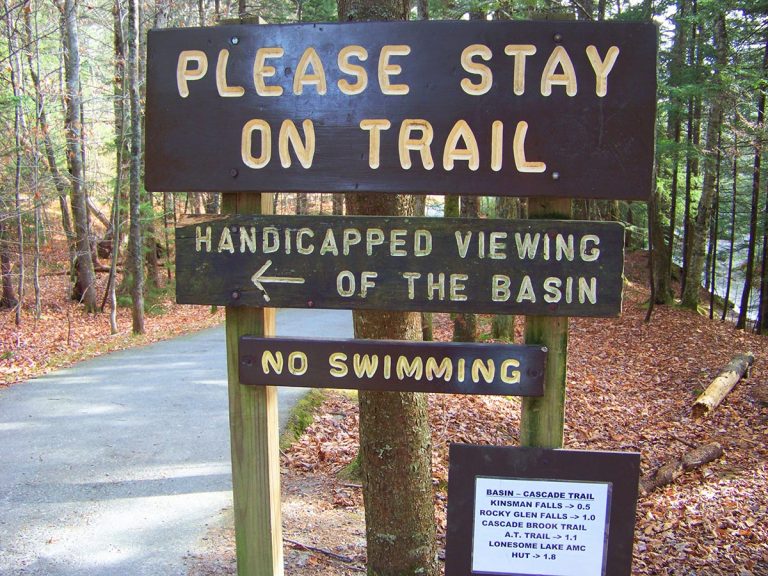 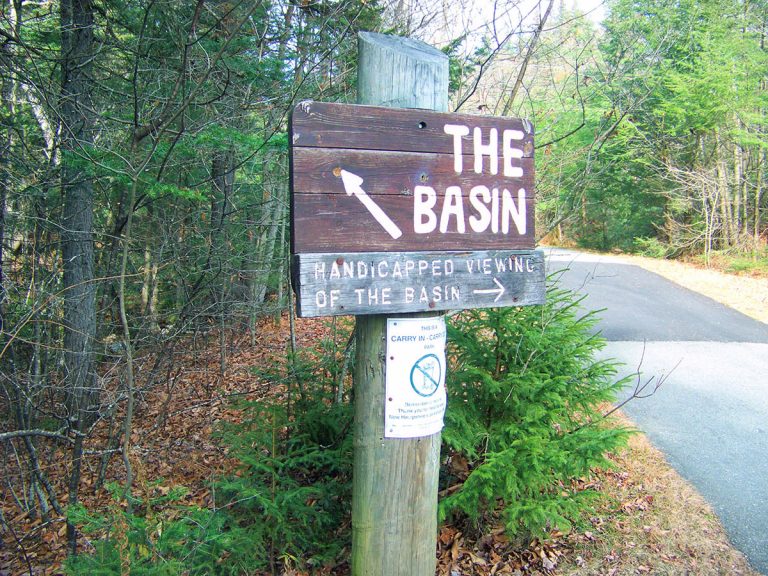 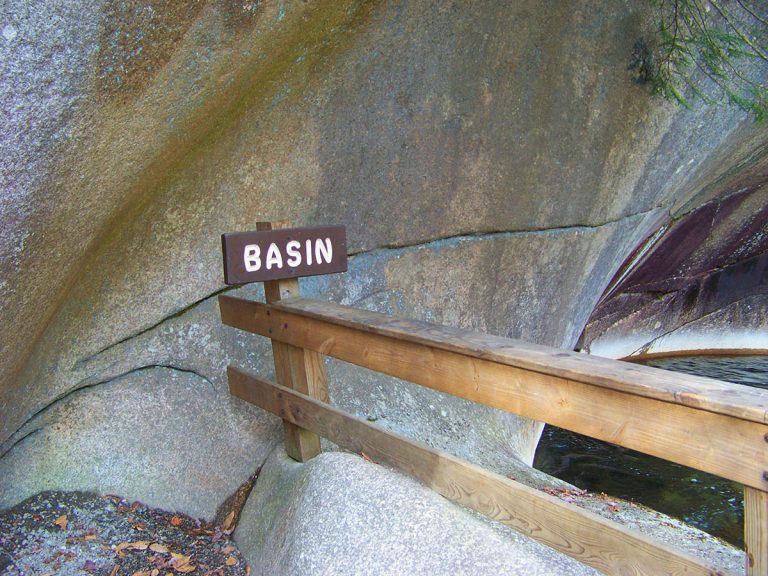 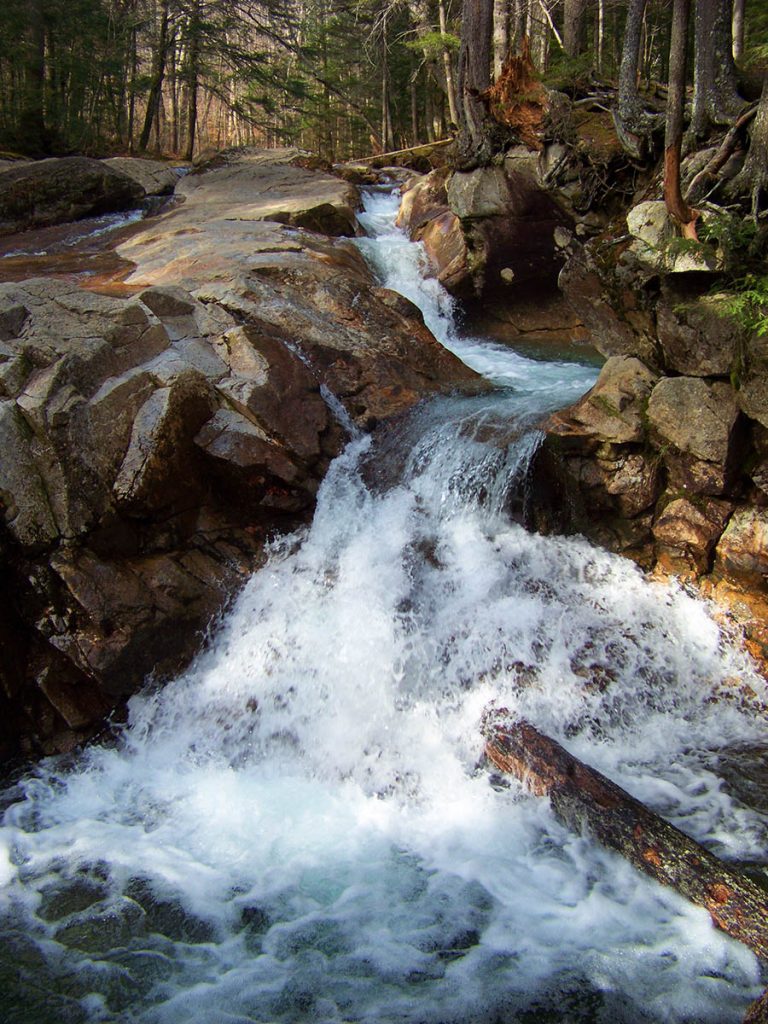 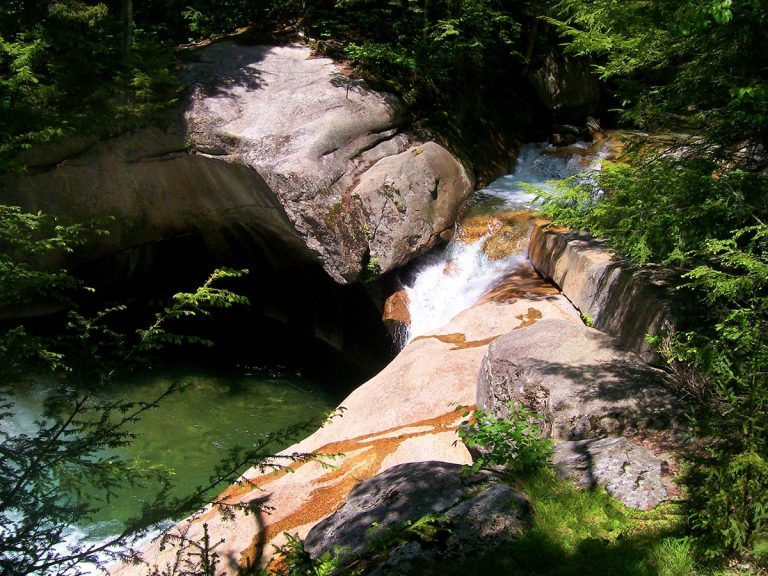 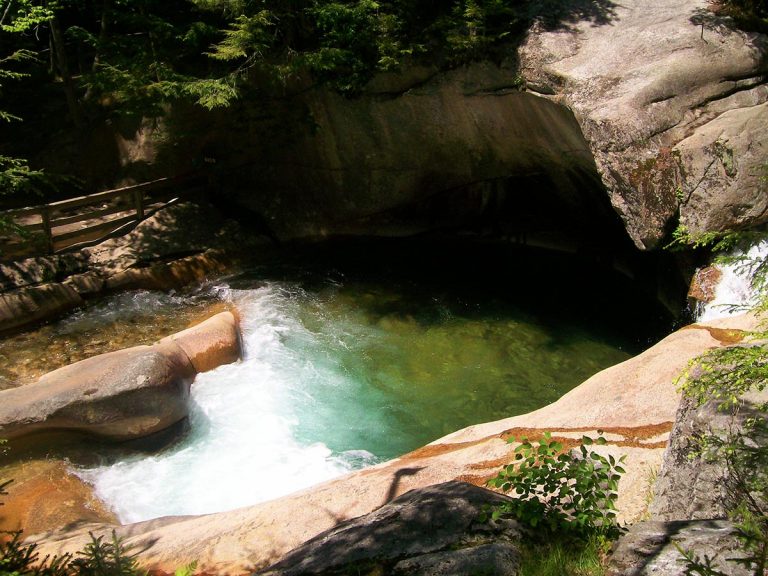 The Basin is located in Lincoln NH at the Franconia Notch State Park. This is an easy to get to, handicapped accessible attraction in NH. We visited The Basin in Lincoln New Hampshire. Check the detailed information, photos and videos about the Basin below.

“This large pothole in the Pemigewasset River, 30 feet in diameter, and 15 feet deep, had its beginning some 25,000 years ago as the Ice Age came to a close. Water flowing from the melting glacier that filled Franconia Notch eroded the solid granite bedrock. During the thousands of years that followed sand and stones were whirled around by the force of the river causing a boring action that left the sidewalls smooth. The rock formation seen in the stream bed at the outlet has been known for generations as “The Old Man’s Foot”.

The great American naturalist, Henry David Thoreau, on his first trip to the White Mountains in September of 1839 stood here, as you do, and watched the water cascade into the granite bowl and whirlpool around its walls. He would later write in his Journal, “this pothole is perhaps the most remarkable curiosity of its kind in New England.

Samuel Eastman in his 1858 White Mountain Guide called this spot “One of the beautiful haunts of Nature, a luxurious and delicious bath fit for the ablutions of a goddess.”

Information About The Basin: The Basin is a very easy walk, paved most of the way and even offers handicapped accessible viewing, which is great as is this one of the coolest natural things to see in the state of New Hampshire. Thousands of years of rushing water has eroded the rock into a smooth, circular cave-like formation. Be sure to check out the photos of The Basin below.

Be sure to also check out the other nearby waterfalls like Kinsman Falls, Rocky Glen Falls, and The Baby Flume.

What's Near Me?
Address: I-93
Lincoln
New Hampshire
03251
United States
Get embed code