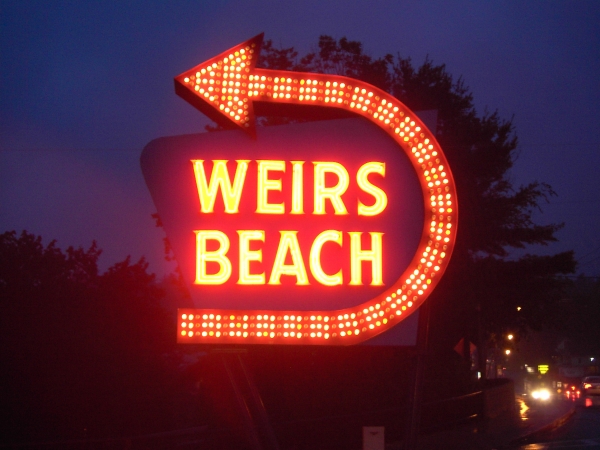 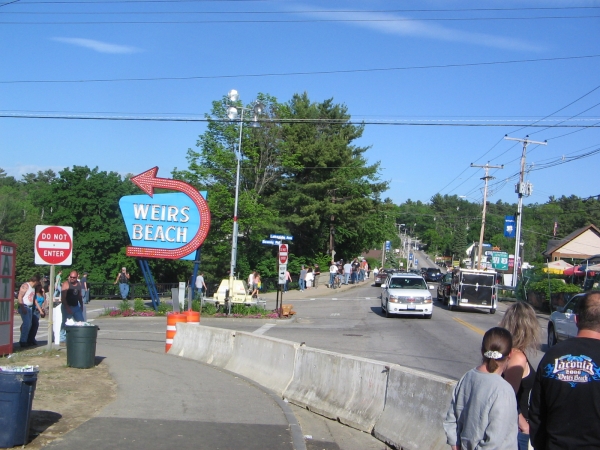 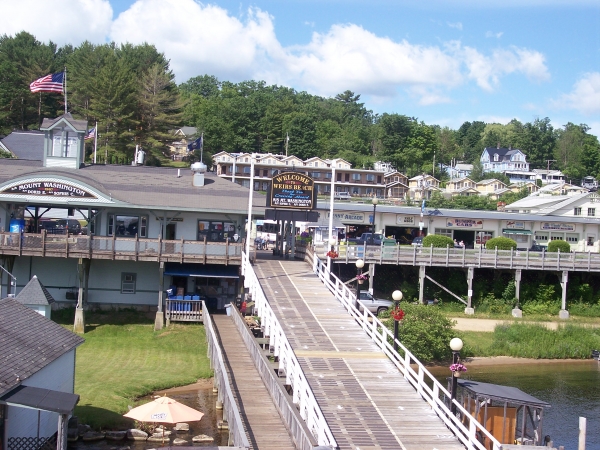 Weirs Beach, located in Laconia, New Hampshire is famous for its Boardwalk and all the attractions along the boardwalk at Weirs Beach. The Weirs Beach boardwalk begins on Lakeside Avenue and runs the entire length of the beach and docks. There are many benches along the boardwalk so people can sit and enjoy the view of Lake Winnipesaukee. There are a few ways to get from the Weirs Beach boardwalk down to the water. At the beginning of the boardwalk there are stairs that lead to the picnic areas and bathhouse. In the middle of the boardwalk are stairs that lead to the public boat docks. Many people like to sit on the docks and watch to boats come in and out. The MS Mount Washington Cruise Ship ticket office is where you can purchase tickets to cruise Lake Winnipesaukee on the M/S Mount Washington Ship. There is also a ticket booth to ride the Winnipesaukee Scenic Railroad.  Another way to get to the beach leads to the Winnipesaukee Pier. The pier has several shops and an arcade.

Things to do at Weird Beach NH

There are several activities to do on Weirs Beach. There are two arcades: The Penny Arcade and the Family Fun Center. Weirs Beach has miniature golf courses, Daytona Fun Park, Weirs Beach Go-Kart Track, The Weirs Beach Drive-In Theater which opened in 1949 and has four screens. And of coarse, the beach itself, a favorite swimming areas for many on those hot summer days in New Hampshire.

Weirs Beach is home to the ever popular Bike Week in June. Weirs Beach was named “Weirs” back in the days but was never officially named Weirs Beach until 1955. The simple reason for this was because until 1951, there was no beach. The beach was created between 1949-1951.

There are several restaurants that have something for every taste and palate.  The Patio Garden has Italian and American food, seafood, pizza and salads.  JB Scoops Ice Cream carries over 50 flavors. Half Moon Pizza Stand has been in business at Weirs Beach for over 40 years. The Stageview Sub Shop offers subs, burgers and seafood.