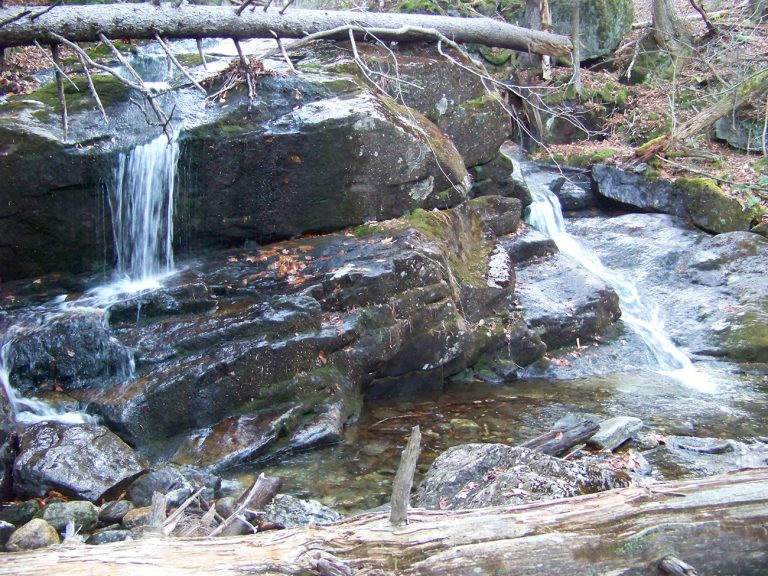 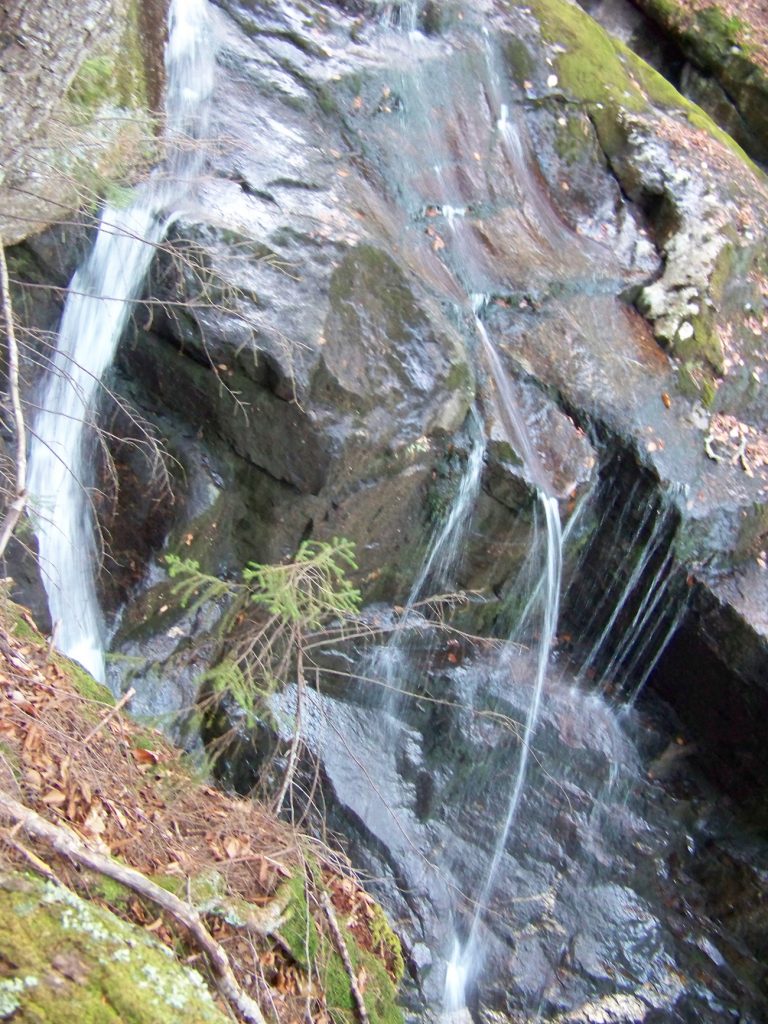 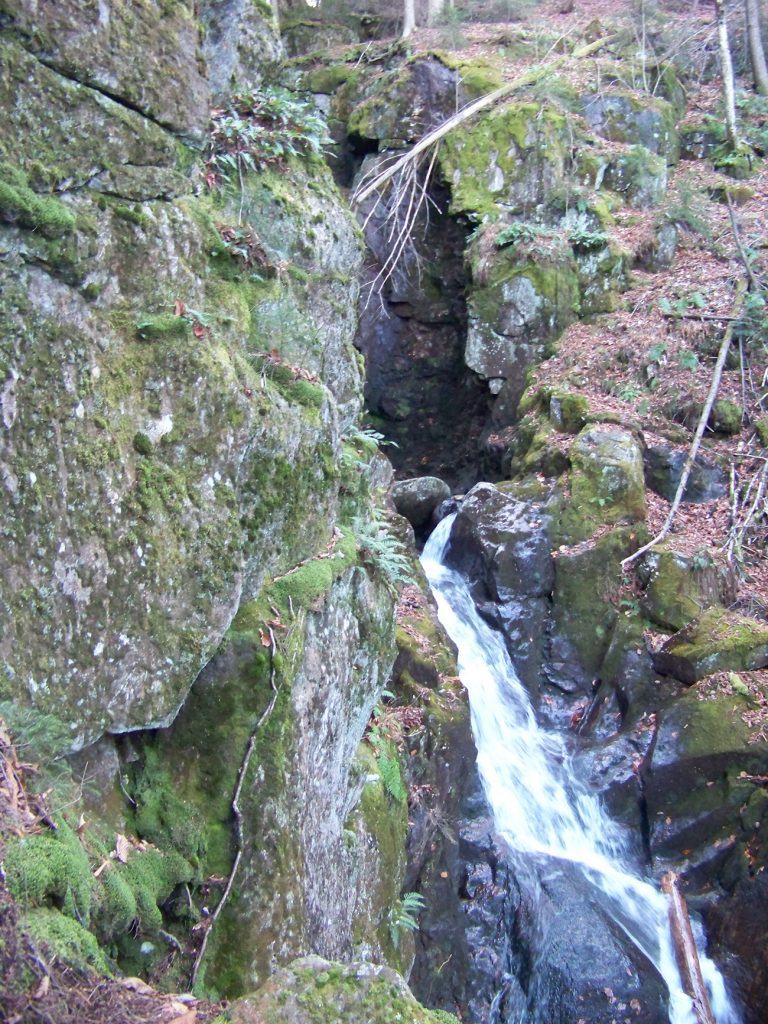 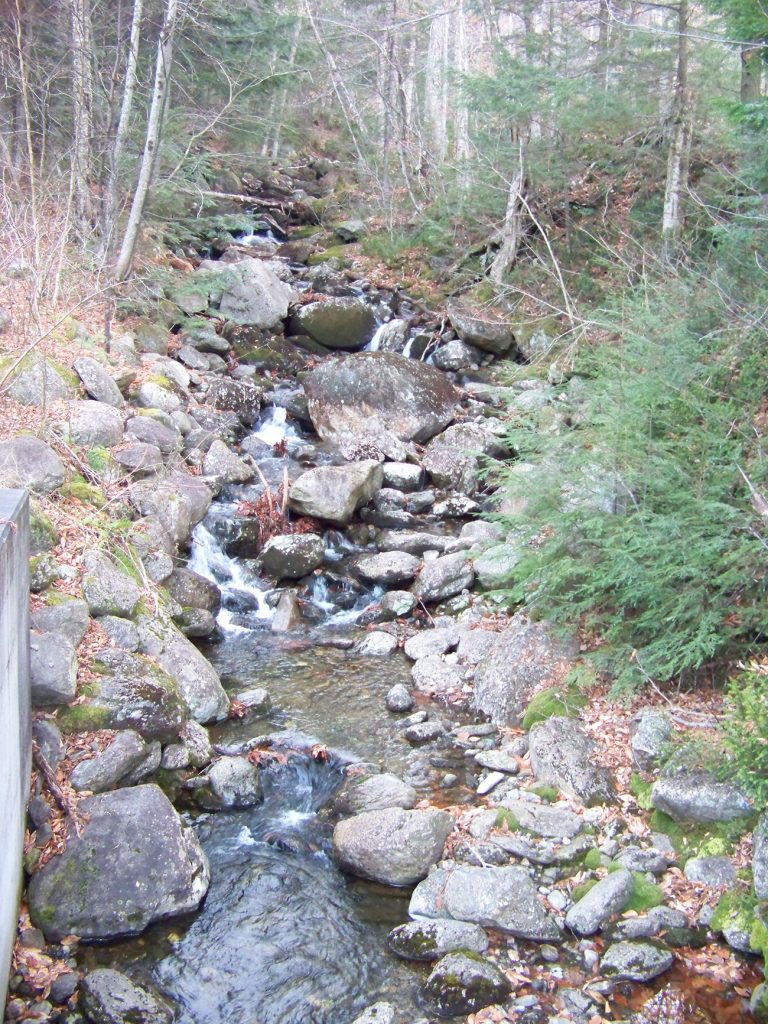 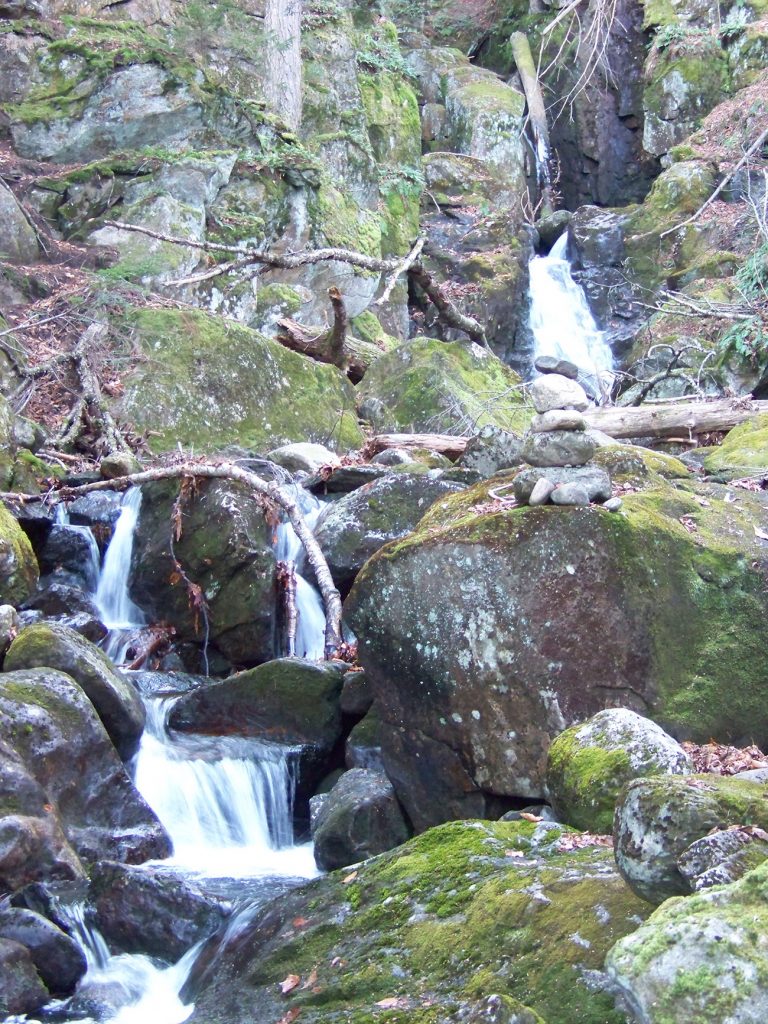 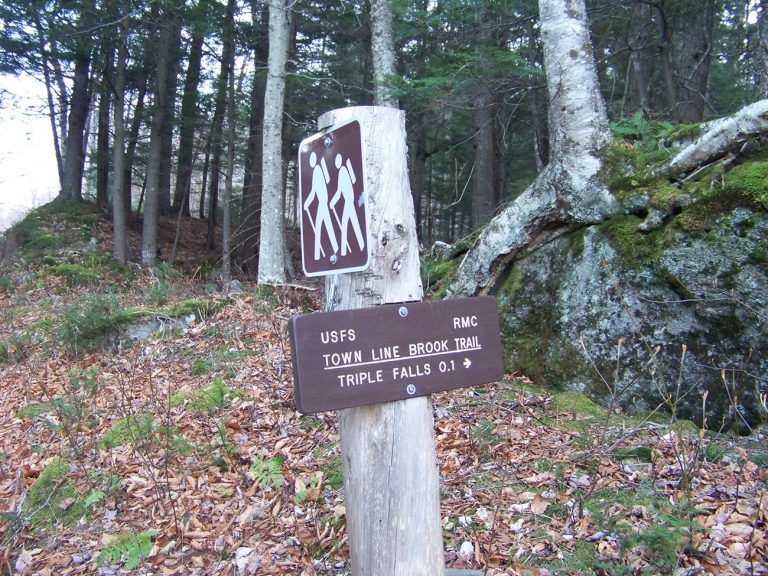 Details About Triple Falls: Triple Falls is made up of 3 waterfalls of various heights with a total drop of 650′ along Town Line Brook (Triple Falls is on the Gorham NH and Randolf NH border): Evans Fall, Proteus Fall and Erebus Fall (no “s” on “fall” as indicated by the signage there). These 3 waterfalls all blend in together and are difficult to distinguish one from the other as they are one on top of another. They are signed at each waterfall to help distinguish one from the other.

The waterfalls are made up of rocks and mossy ledges that have been carved out for thousands of years. Most times Triple falls is just a little more than a trickle, but there is evidence there that this waterfall may be much more powerful during the Spring thaw. There are a lot of trees washed into the falls and smooth rocks much higher than the water level during our visit to Triple Falls.

Directions to Triple Falls: Triple Falls is located on Dolly Copp Rd near Dolly Copp Campground on the North side of Mt. Washington in the White Mountain National Forest. Accessed from either Rt. 2 or Rt. 16. If you come in via Rt. 2, take Pinkham B Rd. Since the falls are on the town line, the road changes name at the bridge where the falls are. Park in the parking area just West of the bridge.Parking area GPS location is: N44° 21.639′ | W 071° 14.710′

Hiking to Triple Falls: The hike to Triple falls is only 1/10 of a mile but the trail along these waterfalls (Town Line Brook Trail) is dangerous as it can be very slippery and runs along the edge of the gorge. At times the trail runs right to the edge of the falls with a 20′ drop, so exercising caution here is a must, especially with children. Look for alternate side trails that have been traveled, they are hard to see and somewhat hard to travel, but they take you on a slightly safer path. Starting at the road, go 25′ East of the signed trail and you will see an unmarked trail that is a little safer. The alternate trail fades in and out but is a little safer and better for those afraid of heights.

There doesn’t seem to be much traffic to Triple Falls, so chances are you will have these waterfalls to yourself, especially in the off seasons.

Best time for photos is after the leaves have fallen. It is hard to get decent pictures here because of the trees overhanging the falls, there is also a lot of trees that have fallen in the falls.