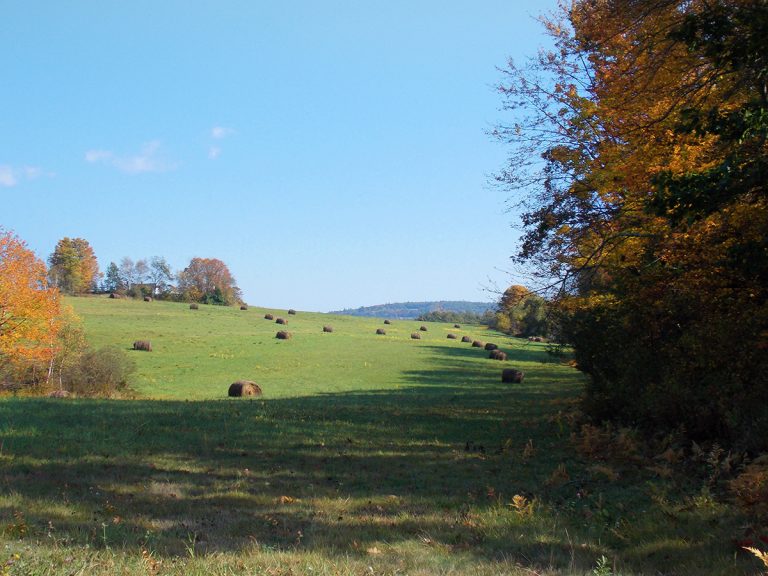 The Connecticut River Byway travels through 53 districts, and runs over 500 miles of road from NH into VT.  In 2005, it was certified as a National Scenic Byway.

The byway is situated along the western side of NH from Junction 9 in West Chesterfield to Littleton, located in the beautiful White Mountains.

From I-91, take Route 9 to West Chesterfield.  Turn north onto Main Street which eventually turns into River Road.  Keep following that road until you come to the junction of Route 63.  Going north again on Route 12 will take you into scenic Walpole.  You will get online 12A in Charlestown and into downtown Claremont.

Take at left at Waypoint Center which will get you out of Claremont where you will travel by the Cornish-Windsor Bridge and the Saint-Gaudens National Historic Site in Lebanon.  From there you will head on to Route 10 through Hanover, Lyme, Orford, Haverhill and Woodsville.  In Woodsville, you will get on Route 135 which connects to Route 18 just west of Littleton.  At that point, continue through Lancaster to Groveton.

In 1997, the states of New Hampshire and Vermont requested the regional planning commission to look and see if the roads that ran along the river qualified to be a scenic by way.  The Connecticut River Junction Commission discussed the good and the bad that went along with having a byway designation.

The locals welcomed the idea of welcome centers in which grant money would need to be used to build these centers and they would have volunteers who were trained to assist the public.  The townsfolk also stated that the attraction of visitors to the byway would help to protect the villages, forests, farms and shorelines.

Being a national byway is a privilege and an honor and the Connecticut River Byway is definitely worthy to be called a national byway.  The national designation allows the byway a greater chance to obtain federal funds that can assist in keeping historic land, scenic views, rives access and farmland protected.   These national byways are marketed on the Federal Highway Administration’s America’s Byways map as well as on the Administration’s website which is byways.org.

Places to Visit Along the Connecticut River Scenic Byway

This is the longest river in all of New England which is 410 miles long and starts at the border of Canada and the United States and ends at Long Island Sound.  The river flows the whole length of the Connecticut River Byway and past it.

Hadley Center houses over 800 properties and was constructed in 1659.  It is listed on the National Register Historic Register.

Mount Sugarloaf State Reservation gives you a spectacular view of the Connecticut River, The Sunderland Center, the Pioneer Valley as well as the Pelham and Berkshire Hills.  It is located one mile from the byway off of Route 116 on Sugarloaf Road.

The Northfield Drive-In Movies opened its doors in 1948 and is one of just 4 drive-ins that are in Massachusetts and one of only 19 drive-in open in all of New England.  It is an icon that represents America’s past that is slowly fading.  The drive-in sits on Northfield, Massachusetts as well as Winchester, New Hampshire.

This trail is a commonly used 10 walking and biking trail that connects Hadley, Amherst, Northampton and Belchertown.  It is located right along the byway.  After getting to Hadley Historic District, go east on MA-9E and then take a right at South Maple where you will see the start of the trail.

This museum was constructed in 1752 and was owned for many years by wealthy farmers and owners who owned land in the Connecticut River Valley.  This museum shows the activities of what an 18th century wealthy house would be like.  There are actually diaries and account books that have been written by generation which take a look inside how farming and domestic life was in the Pioneer Valley.

The Fort is located in Charlestown and is a museum that takes you inside of what life was about when the Northern Valley had been a frontier in the middle part of the 1700’s.  It is located on the byway on Route 11 but the entrance to the museum is located at 267 Springfield Road.